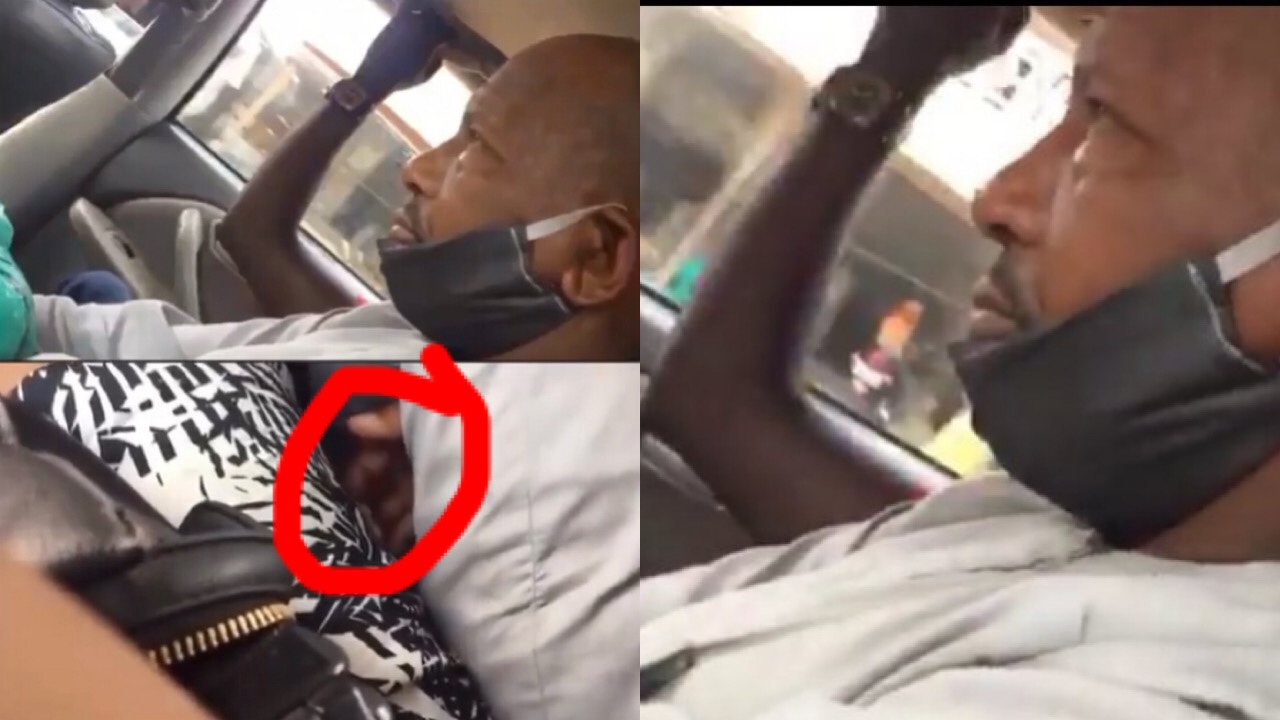 In light of recent rape encounters and allegations, A Nigerian lady has shared a video of her she was sexually harassed by a male passenger on the same bus the boarded from the Federal Capital Territory, Abuja to Akure, Ondo State.

The video that has gone viral on Social media shows the moment a man was lifting up her dress to caress her bare thighs -According to the lady, the act lasted the whole trip of about 4hrs. Unknowingly to the sexual predator, the lady had a phone on record while he touched her without any given consent in a public bus where other passengers were on board.

READ ALSO: Update: Lady that was harassed in a moving bus finally speaks, reveals she was the only lady in the bus.

According to her story, she made attempts in ratting out the man when they were stopped at a military checkpoint but she was shunned by the military personnel who discarded her claims even after seeing footage of the acts.

1. This happened to a sister of mine today in a public transport, this man molested her all the way from Abuja to Akure, she screamed and the people in the bus said she was overreacting, so she made this video, and even at that, a soldier on the road that she tried… A THREAD pic.twitter.com/LJazkR9esH