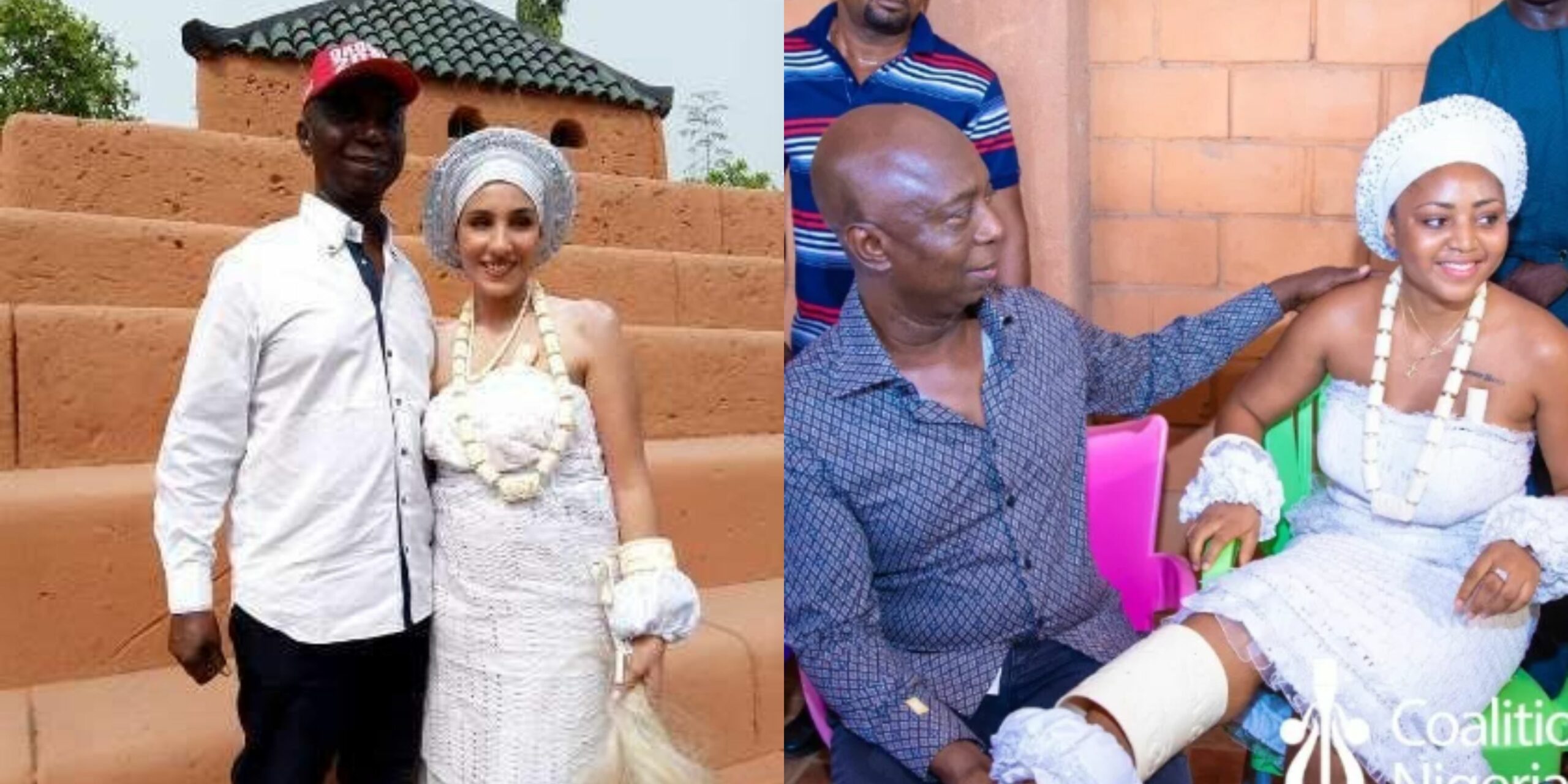 Ned Nwoko, a Nigerian businessman and husband to popular Nollywood actress, Regina Daniels has revealed he married all his wives as virgins.

The former lawmaker in an interview with Sunday Punch gave an in-depth account of his life, ranging from business, politics, travels, family, and more. Ned revealed how Regina Daniels and her family were at his house in Delta for the first time on a tour and she caught his attention due to her decency.

He seems to have cleared the generally perceived opinion of a lot of people about the actress as many believe she and her mother lied about her sex life before she married the top Nigerian lawyer.

Read excerpts from the interview below:

You got married to a popular actress, Regina Daniels. Why her?

Why not Regina? When I met her, I didn’t even know who she was because I don’t watch movies, whether British, Nigerian or American. Also, I am not a social media person. Up until that time, I didn’t have Facebook or Instagram accounts. So, I didn’t know about Regina until she came to my house with her family on a tour. My house in the village (Aniocha North Local Government Area, Delta State) is a tourist attraction of sorts.

READ ALSO: Prince Ned Nwoko commends the love between his wives, shares lovely photo of them

The 59-year-old also spoke about the age disparity between himself and wives, he said:

“Age doesn’t matter; it is only in one’s mind. As long as somebody is an adult, age is never an issue in anything I do.“