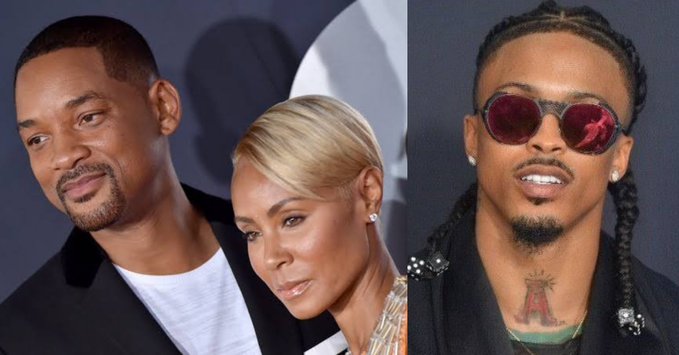 According to the latest reports, Jada Pinkett Smith has finally admitted that  she had a relationship with August Alsina, but takes issue with his claim Will Smith gave permission because she and Will say it wasn’t necessary, at that time.

Jada and Will sat down for her “Red Table Talk” show which streamed Friday on Facebook and admitted Jada did, in fact, have an “entanglement” with August around 4 and a half years ago after Jada and Will had quietly separated. At the time, Jada said she thought the separation was going to be indefinite and didn’t think Will was ever going to talk to her again, TMZ reports.

Jada revealed that she and August with whom the Smiths were good friends started dating. She said initially it was about August’s health and trying to help him heal.

He is a beta male, a softie – Daddy Freeze trolls Will…

As for August’s claim, Will gave Jada his blessing that’s not the case because the only person that could give permission is Jada herself and, remember, she and Will were separated. Near the end of their conversation, Jada said she never felt this was a transgression, either.

They laughed and even invoked one of Will’s famous lines when they said, in unison, “We ride together, we die together. Bad marriage for life.”