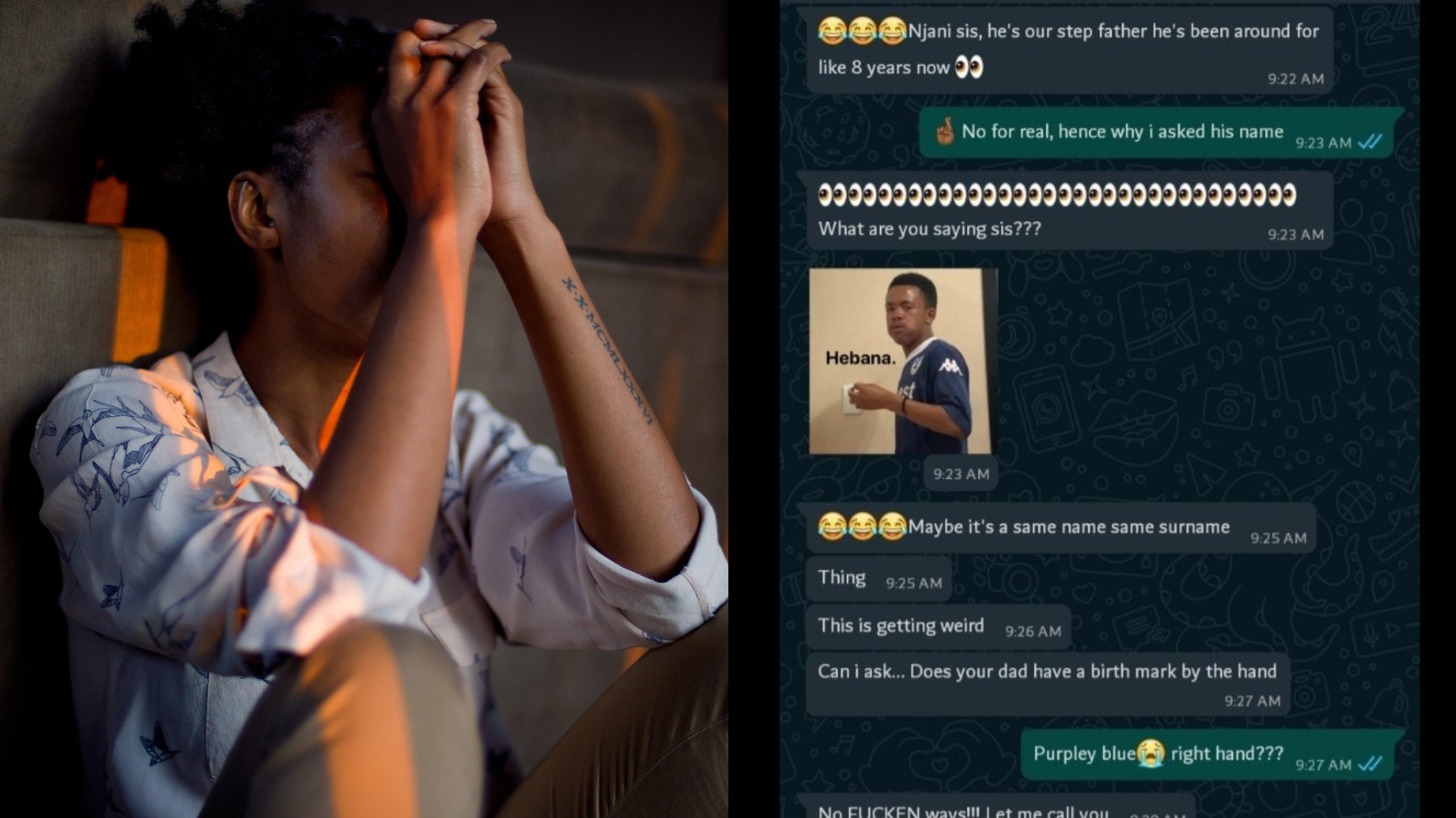 After a friend posted his picture on WhatsApp, Lady discovers that her father, whom she thought was dead, is still alive.

The lady narrated that her father was buried after his death, but she is now sure that the person buried wasn’t her father.
She explained that she had always assumed her father died in a tragic accident before she saw him posing in a family picture posted by a friend on Mother’s Day.

When she inquired about the man in the picture, her friend revealed that the man is her stepfather; she is unaware of his background but is aware that he has children somewhere.

Man reveals how WhatsApp call is crumbling his relationship

Her friend went on to say that the man never completely disclosed his history to her, and she had the impression it was shady.

Read also: ‘Pray for me’ – DJ Cuppy Otedola laments over her new puppies

“I’m so confused.. I just saw my dad posing on my friends status for mothers day….

I’m having a lowkwwtf moment.. I thought my dad died

So after the call, she said she didn’t know her step dad’s history but she does know he has kids somewhere. There are places mana doesn’t go to[ I’m guessing to avoid meeting or running into us]

He never fully opens up about his past to her but she did have a feeling that there was something shady about him. ( surname changes and moving away from certain towns and even not going to certain places) As for the birth mark i have the same one on my hand, that’s how i know

Apparently he died in a car accident and someone was buried but it definitely wasn’t him because man’s is my friends step dad… On a whole mother’s day… Ya I’m shook for real!!! Men are surprising for real!

Y’all asking me soooo many questions, GUYS idk too, I just saw a guy who looked like the man they said was my dad who died ages ago… I’m yet to hear the whole thing, I’m just VERRRY confused, not sad not hurt just plain confused”.

Read their chats below; 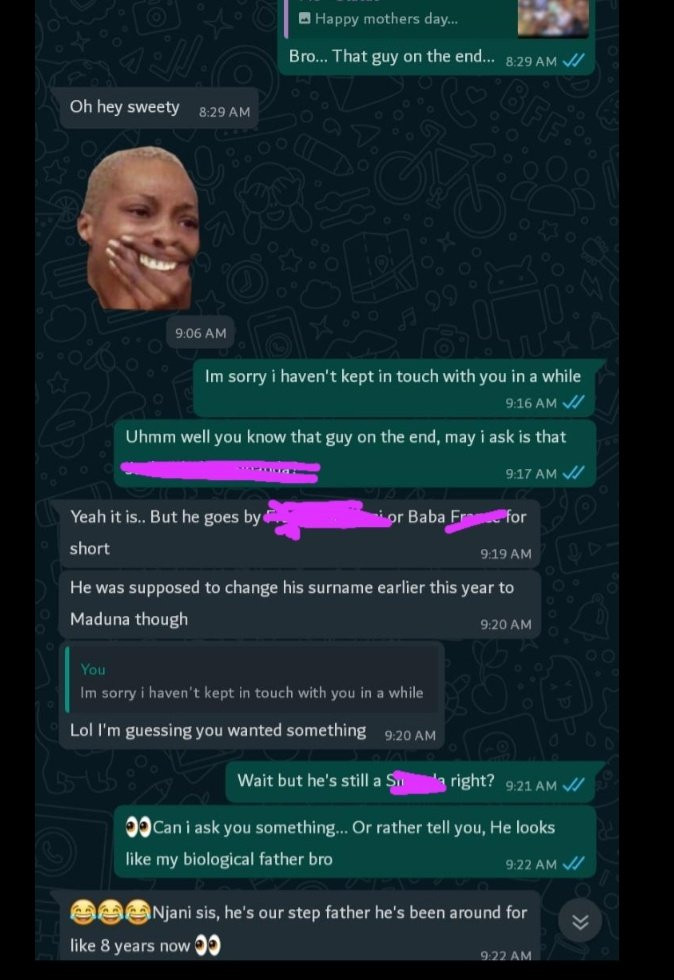 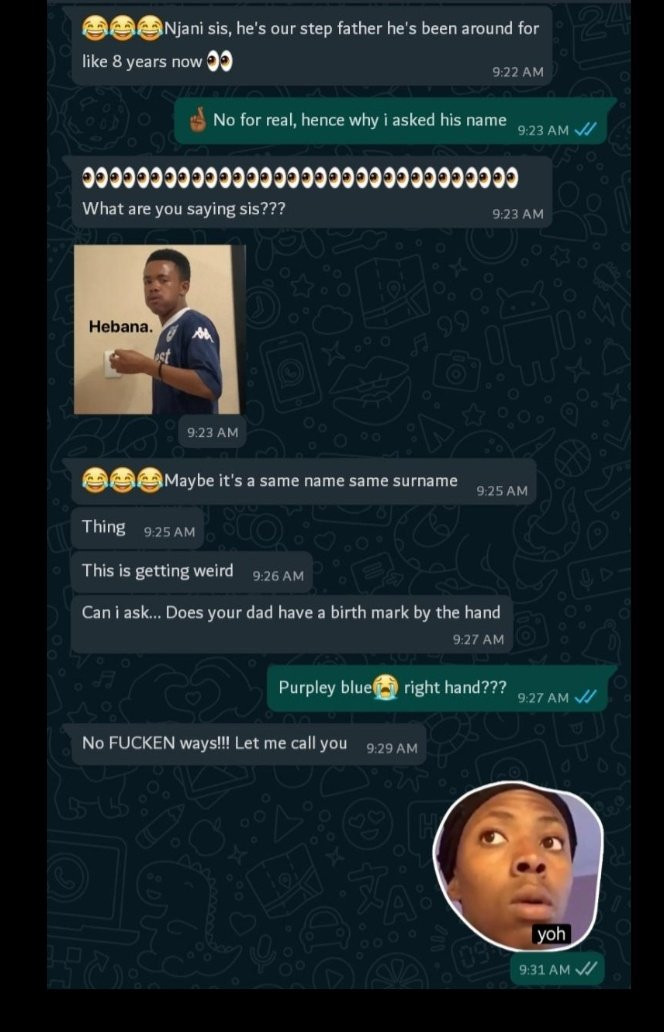 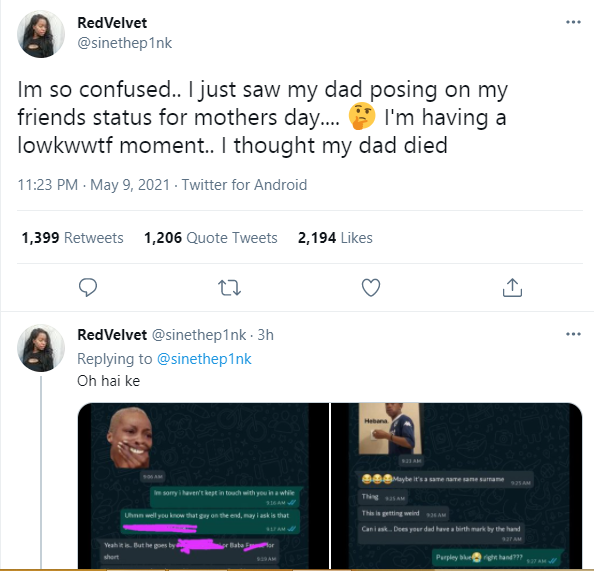 ‘She sneaks out of the room in the middle of the night’ – Actor, Williams Uchemba exposes his wife