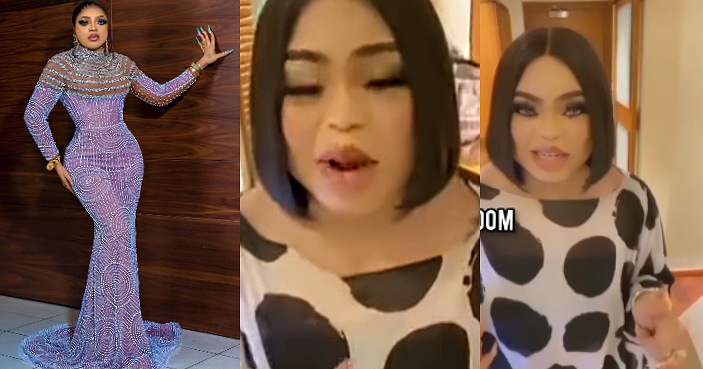 Nigerian crossdresser, Idris Okuneye has been reportedly sent out of Benin shortly after making a video about the Oba of Benin.

The self acclaimed mummy of Lagos received a series of backlash from the People of Benin after he made a disrespectful statement about their Oba.

Bobrisky, who visited Benin on Friday for an event, made a video where his excitement took over him and he called on the Oba to get married to him.

Reacting to this, Benin people online threatened to attack him if they see him anywhere in Benin, and Bobrisky subsequently tendered an apology to everyone he offended with the video.

However, recent reports have gathered that the crossdresser was chased out of Benin following his apology.