Nigerian man narrates how the Holy spirit saved him 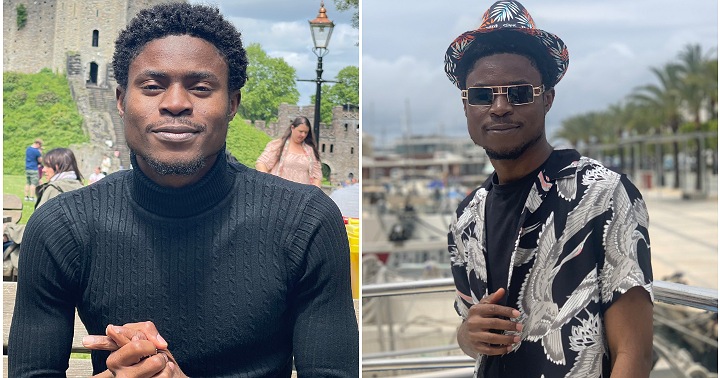 He said he was on a journey when he got robbed but prior to the robbery he felt an inclination to move his documents from his back to his knapsack. 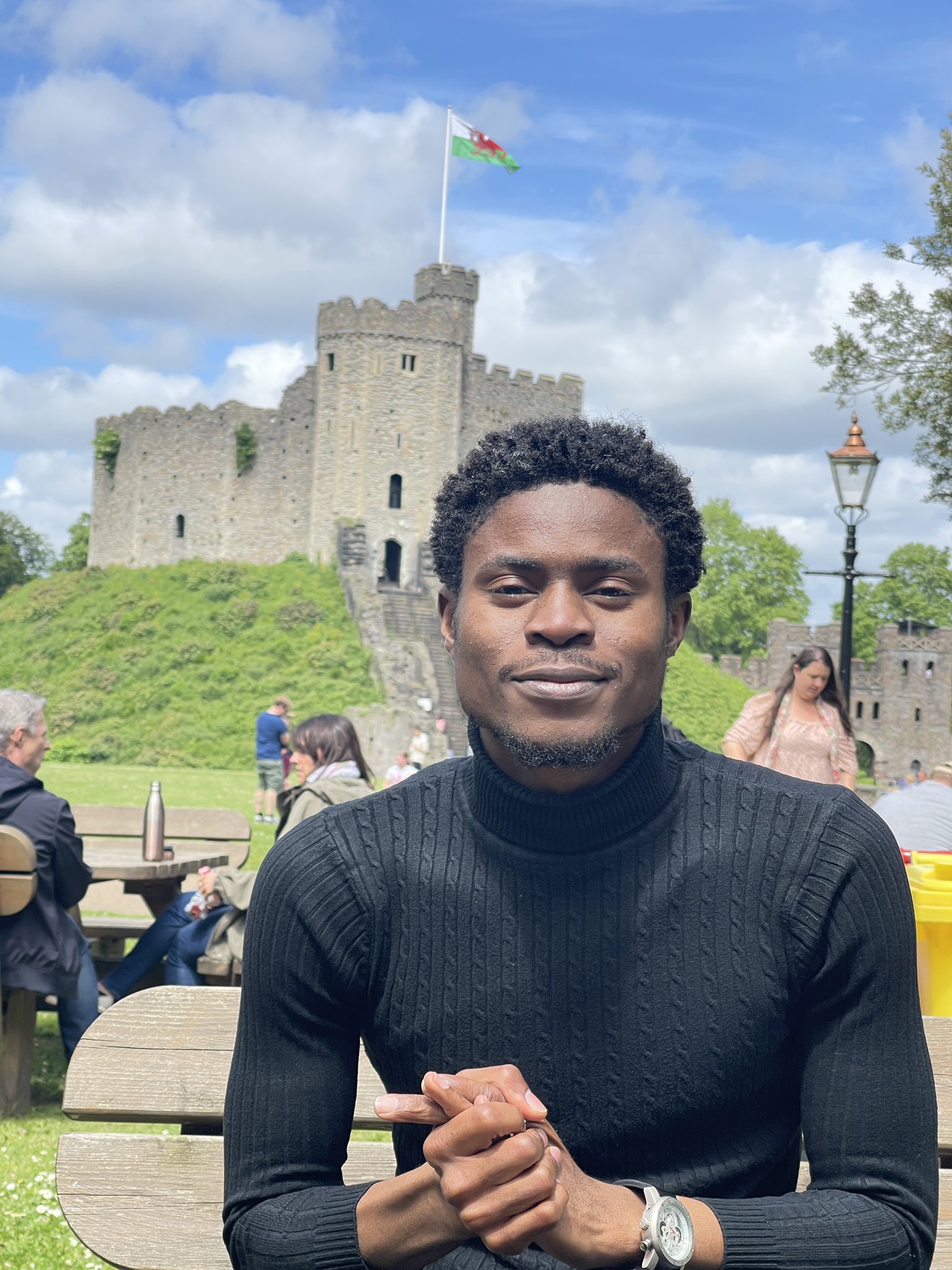 He stated that the robbery happened 2 minutes after he had entered the bag. His passport, resident permit alongside other valuables were taken away.

“It can only be the Holy Spirit …
I felt the strong need to take out my documents from my bag and transfer it to my knapsack. 2 minutes later, I got robbed off the the same bag I took out all my documents from …My passport , resident permit and co would have gone”. 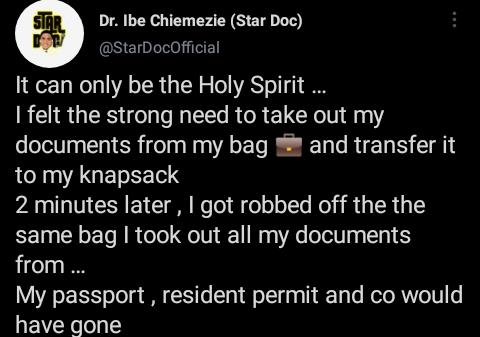 Nigerian lady bags Masters degree from Canadian university with a perfect CGPA of 4.0