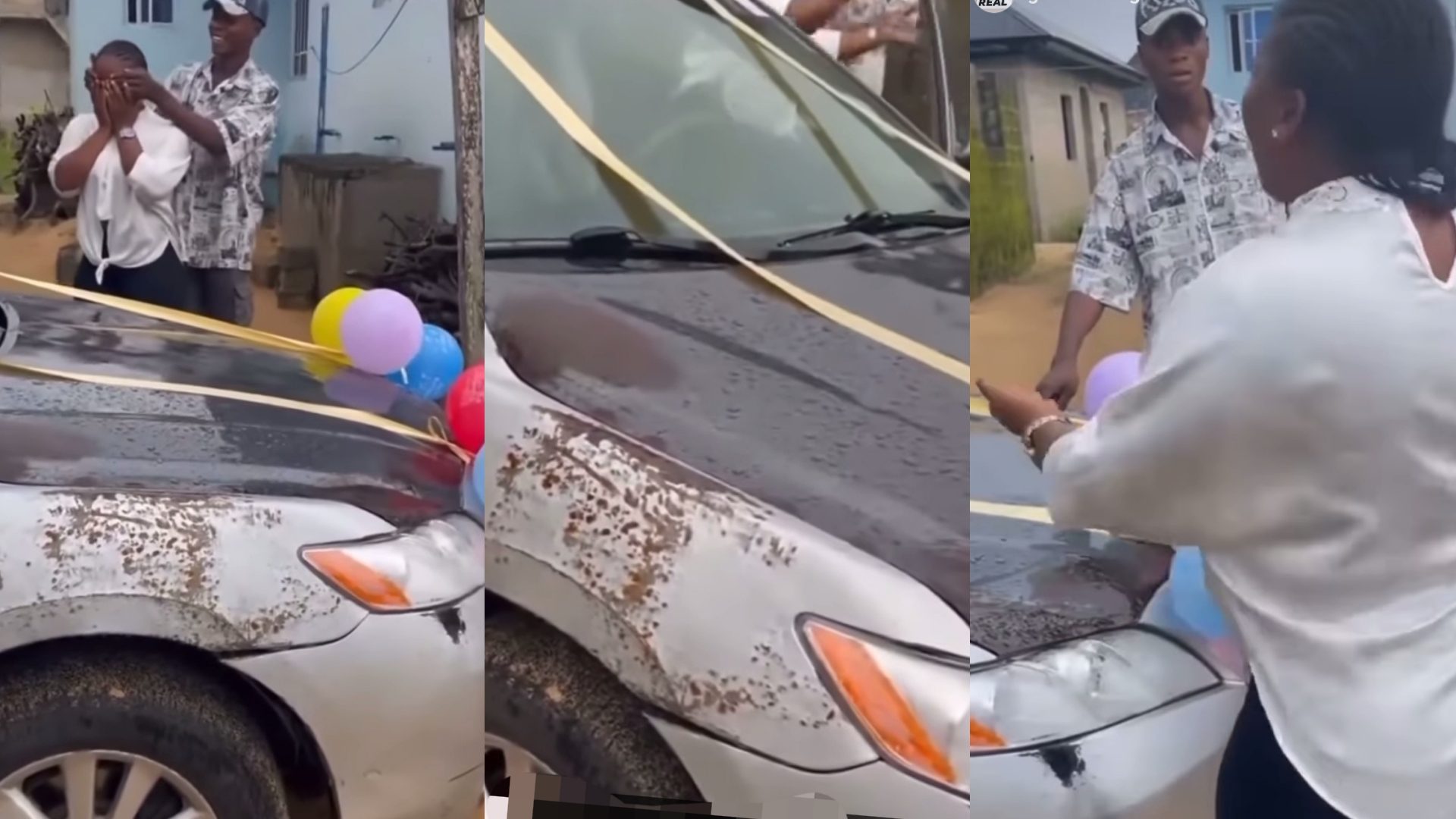 A lady has displayed her disappointment after her boyfriend decided to surprise her on her birthday with a second hand car as a gift. 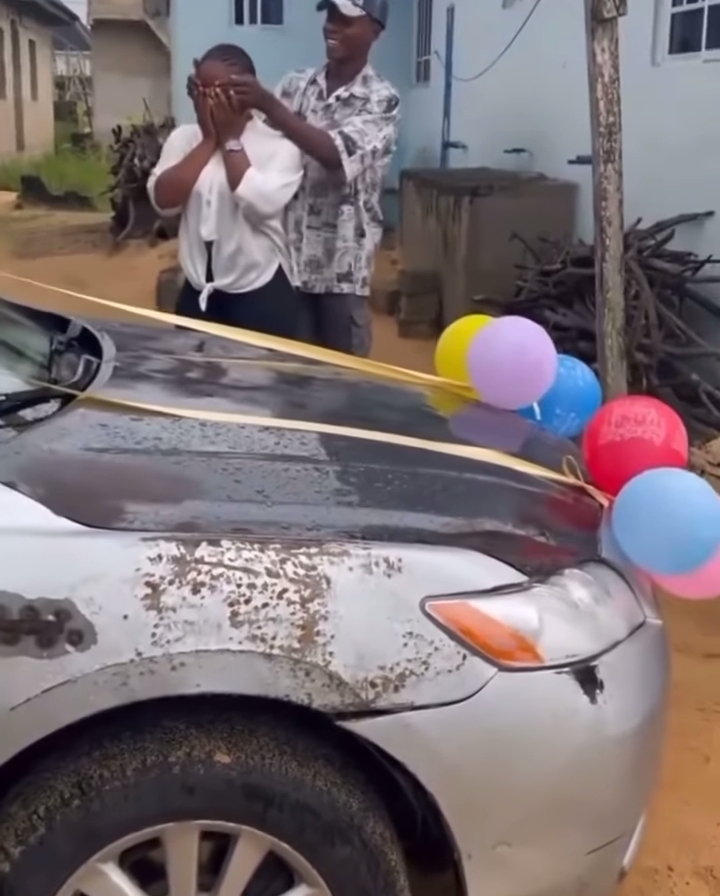 In the video making the rounds on the internet, the birthday girl’s eyes were closed as she was gently guided to the surprise gift and sang happy birthday to her in front of the crowd.

But dismay was written all over her face as she opened her eyes and saw the car her lover had bought for her.

Nigerian lady swallows N1.5million worth of gold jewelry she…

She was given the car keys, but she was clearly not happy with the gift as she asked the people filming the scene to stop.

She questioned whether he had merely brought her out to humiliate her because, in her opinion, there is nothing exceptional about the car and doesn’t merit filming.