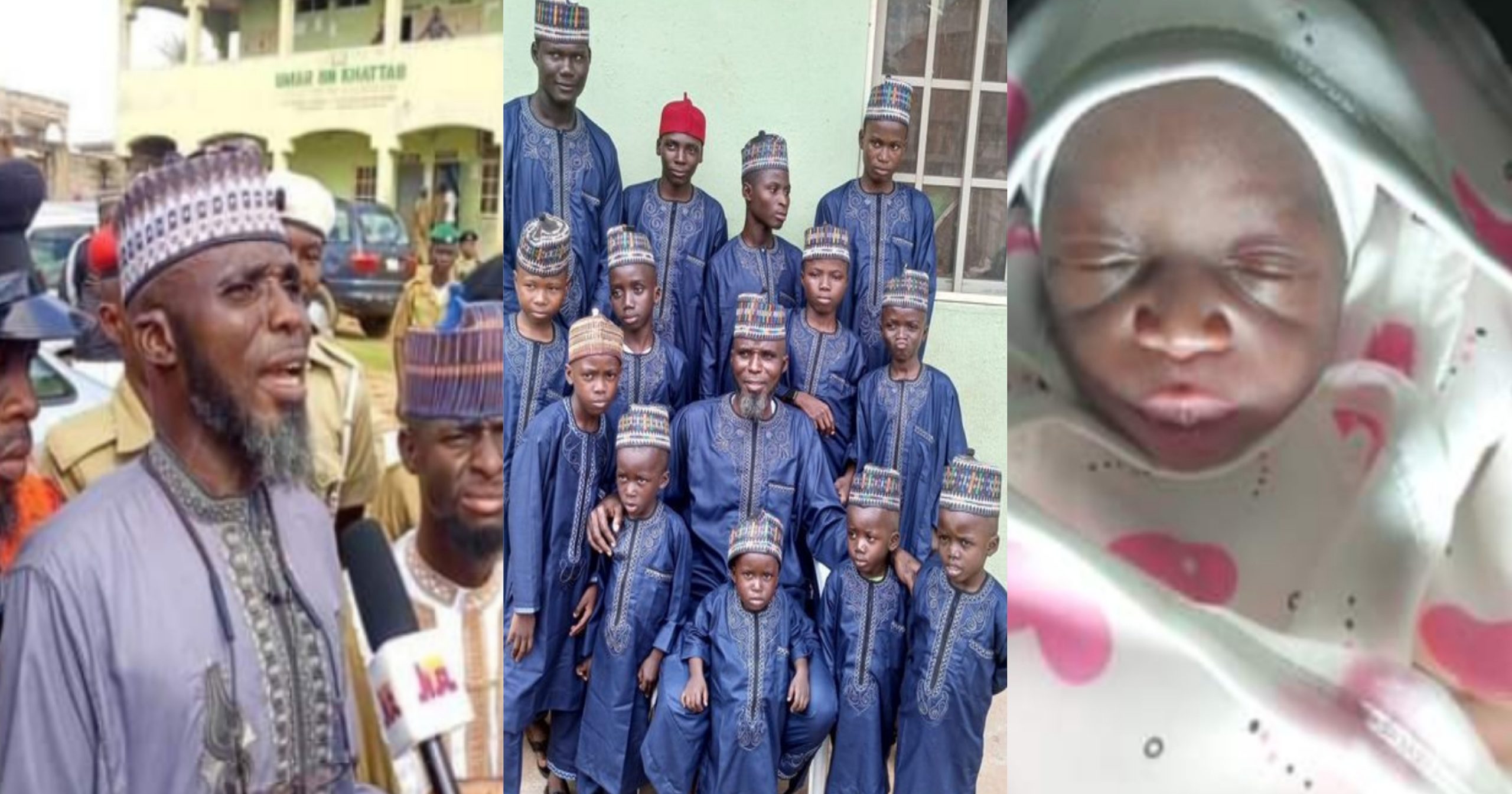 The lecturer welcomed his 19th child and also married a fourth wife. Mohammed Sulaiman has once trended on social media after he shared photos of his three wives and 18 children during Eid-el-Kabir celebration. 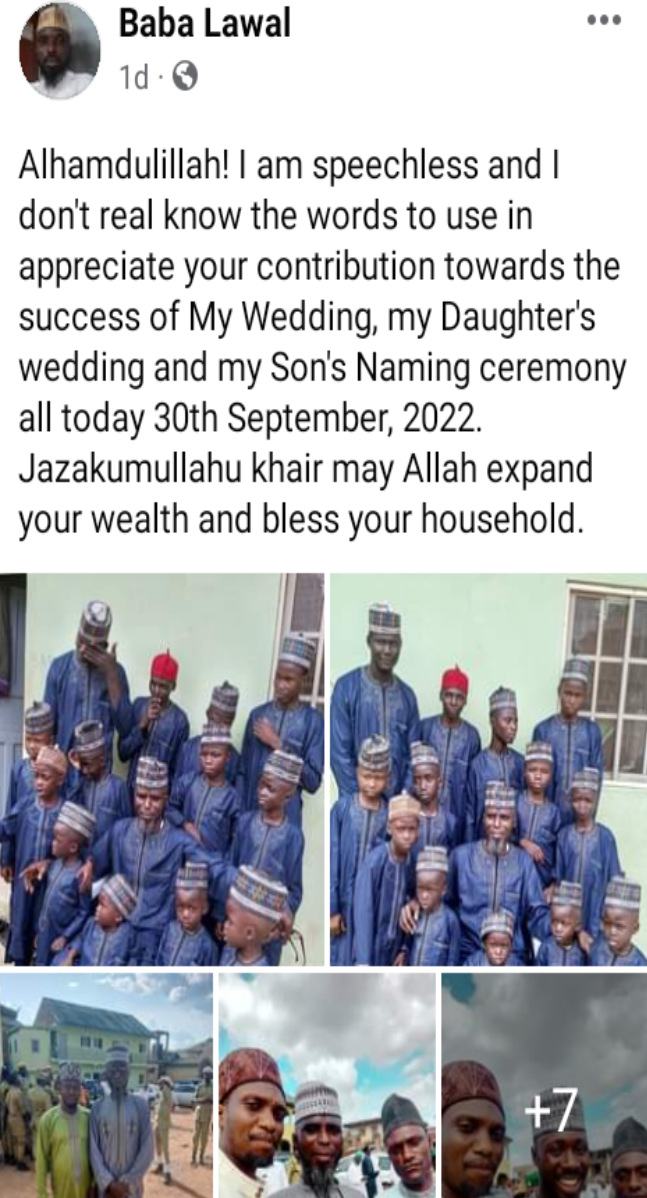 According to his posts, he married a new wife, his daughter got married and one of his wives gave birth to a bouncing baby boy.

The three events were held all on the same day, on Friday, September 30th, 2022, at Umar Khattab College of Education.

He was seen showing off his large family and thanking friends and well wishers for joining him to celebrate.