BBNaija: Growing up as orphan was very tough- Nengi tells her sad story 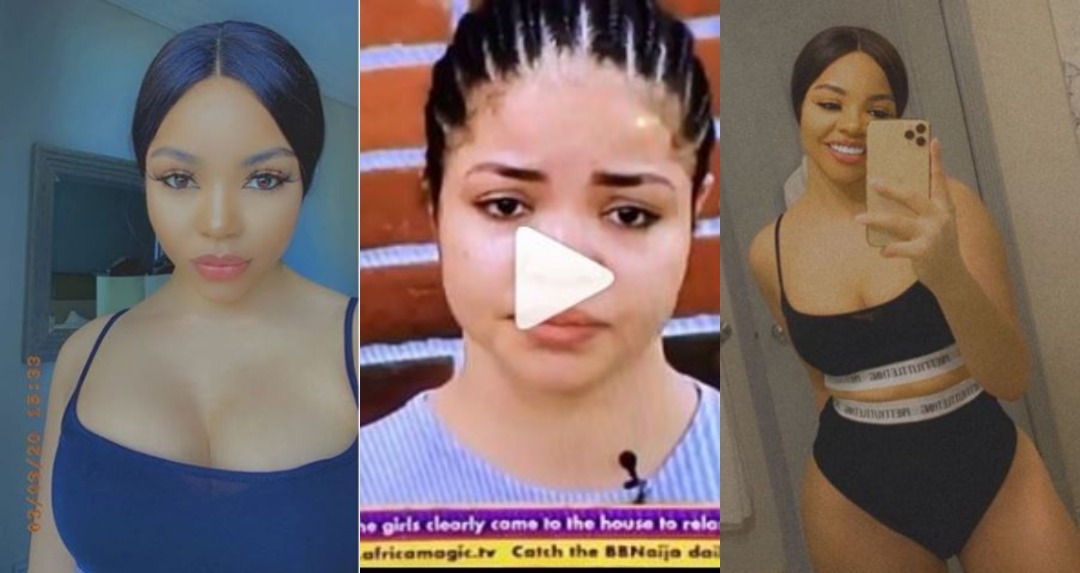 One of the most popular female housemates Nengi has just made some shocking revelations about her life stating that growing up as an orphan was very tough  for her.

The young female contestant in the show who is growing a lot of fan base on her Instagram page narrates her sad story in a video.

The 22-year-old former MBGN finalist said she lost her dad at the tender age of 2 and her mother just two years ago, adding that life wasn’t quite easy for her as her mother had to play the role of both parents to take care of her and her sister.

Nengi revealed that although her mother wasn’t educated, she felt it important to give her children the best education by putting them in a good school.

She added that she moved to Bayelsa state, where her aunt’s house is after her mother died of kidney diseases. Life became unbearable as an orphan but with God, she pulled through by winning a pageantry contest and used the money to further her education.

She further stated that whatever she has been through has been God. “God has always been there for me, It’s just been me and God. People think I am from a rich family, they don’t know my struggle”.

She also recounted how she had to trek a long distance to school everyday.

Nicki Minaj is pregnant: See photos of her baby bump she posted