“Our mansion is big enough to accommodate 10,000 children” Liz Anjorin boasts to husband’s other wives to bring their kids (photos) 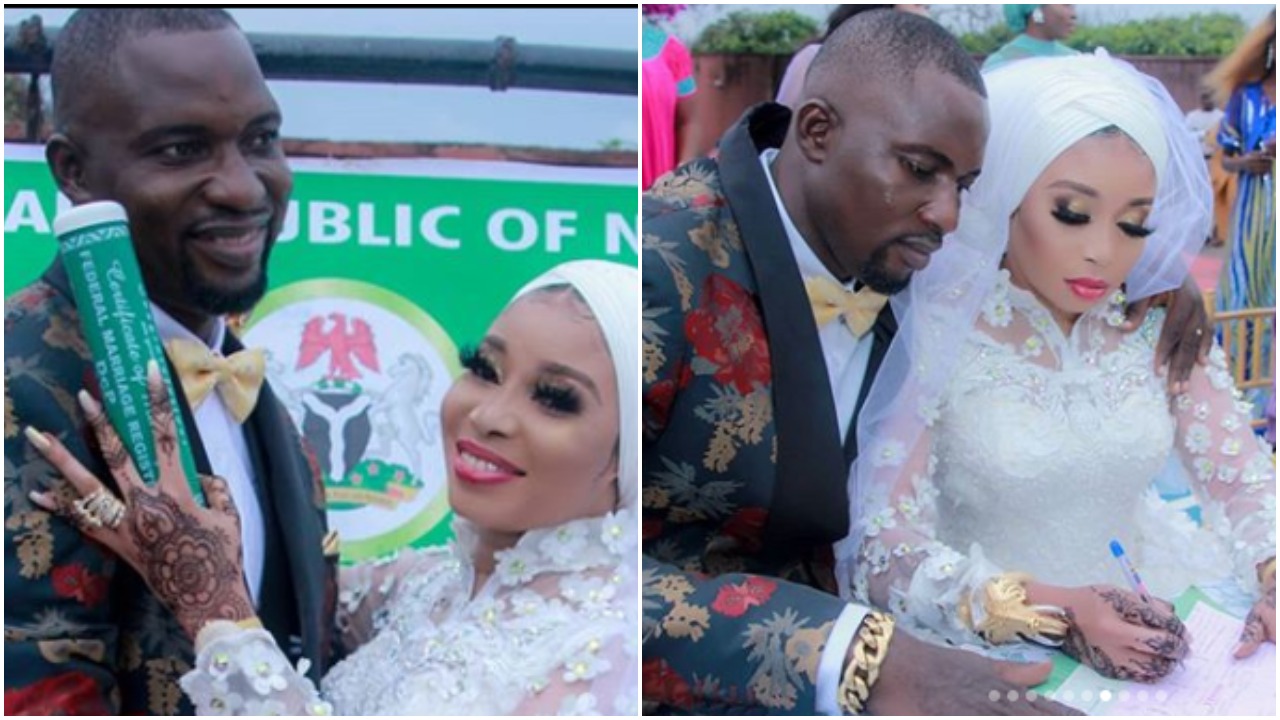 Share
Controversial actress, Liz Anjorin has sent out a message to the alleged other wives of her new husband, Lateef Lawal whom she got married to over the weekend.

An earlier report by Theinfong stated how the actress’s husband, Lateef Adegboyega Lawal, was accused of having 5 other wives and kids after the pictures of him and the wives emerged online.

Using her Instagram page, the actress turn businesswoman, Lizzy Anjorin denied all accusations against her husband. In the lengthy post, she denied ever being previously Lateef Lawal, married to other women.

Lizzy Anjorin shared photos from the court wedding and wrote:

“MY HUSBAND DOESN’T VE STRENGTH TO KEEP 2WIVES NOT TALK OF 6, REASONS HE STAY ALONE IN HIS APARTMENT. I state to counter all the lies surrounding my recent marriage to my lovely husband, Been a public figure, I should have to live by example as such be conscious, mindful and careful of what I do, but notwithstanding doesn’t mean I have to cowardly ignore ill statements being circulated on social media. “ 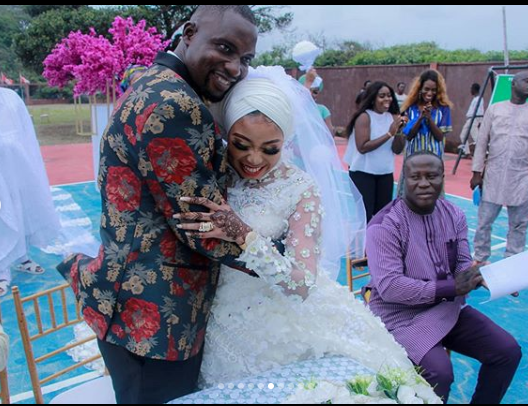 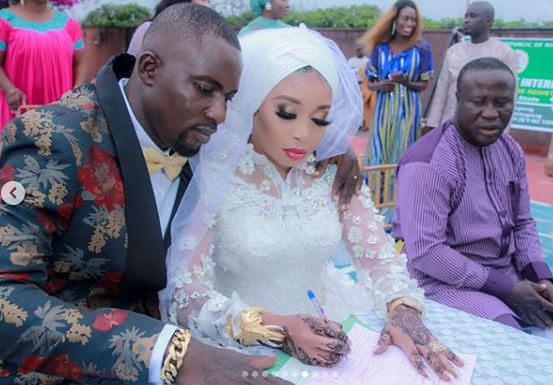 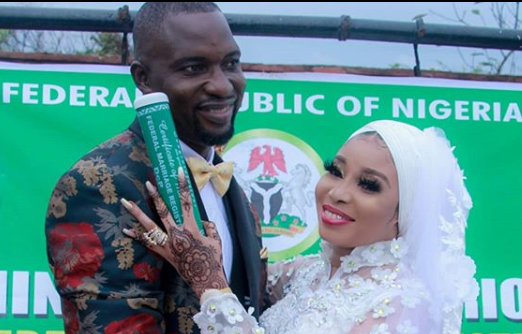 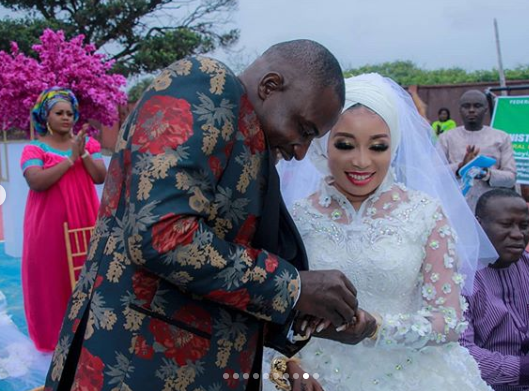 The controversial actress has sent out a message to the alleged other wives of her new husband, Lateef Lawal whom she got married to over the weekend.

“I have first and foremost been a very good friend to my husband for a whole fourteen years, this means that I know all of his activities, whom and who he has dated and been with, which doesn’t define valid and legal marriage under the act. Marrying my friend of over fourteen years means he is a good man and generous man, but the reason he did marry them legally is known to him alone*. The pictures have been displayed on social media by these haters are people never known to my husband.

I am aware of the provision of the law on bigamy, blacks law dictionary defines Bigamy is the act of marrying one person while legally married to another. The criminal code law of Lagos State Cap C17, 2004 section 370 provides for the punishment of the act. All these I and my legal husband are aware of, so if anyone knows nor thinks otherwise, such person should proceed to court to prove such or post her certificate here on social media to infect innocent followers with their height of frustration.”

She concluded it all by confidently calling out any woman who has children for her husband to bring them.
“NB: If you ve baby/ies for my husband I will gladly accept it, once DNA proves it *OMO NI INI OLUWA* Me and My husband mansion is big enough to accommodate 10,000 children..peace” Lizzy Anjorin concluded.

‘Some actress borrow car from dealers to impress’- Nollywood star, Yetunde Bakare opens up on why Mercy Aigbe and other actors compete with cars