#BBNaija: Eric opens up on why he ate ‘Noodles’ after Lilo’s eviction (Video) 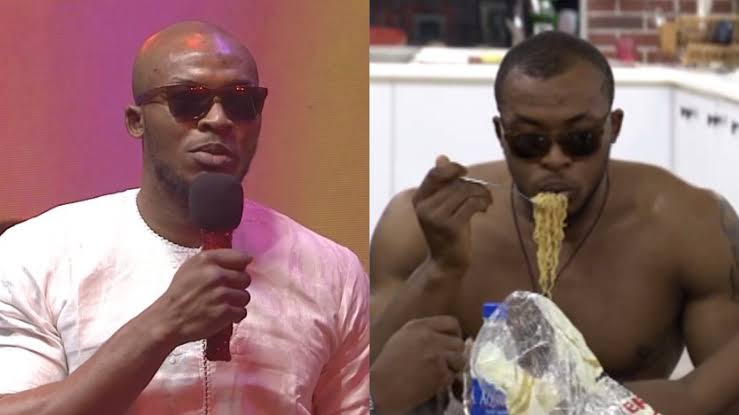 Former housemate at the ongoing Big Brother Naija ‘Lockdown’ show, Eric has finally opened up on the main reason why he ate when his love interest, Lilo was evicted.

Lilo who was shown the exit door at the first eviction show formed a good relationship with Eric during her time at the show.

However, Eric surprised many fans when he was spotted eating just minute after his lover was evicted and he has now revealed why he indulged in such act.

BBNaija’s Lilo blows hot on people who curse each…

Speaking at a radio station after his eviction last Sunday, Eric noted that he had no choice than to summon courage and eat ‘Noodles’ which was his favorite.

#BBNaija: Teddy A throws followers into confusion over his statement on Nengi