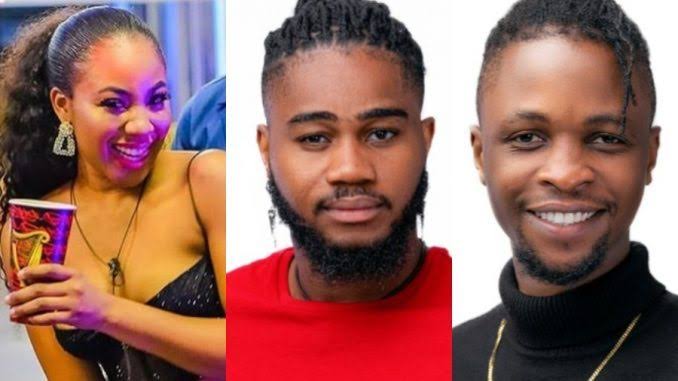 Praise said that while in the house, he had even told Erica to her face that she attempted kissing Laycon but she denied it.

This issue of Erica trying to kiss Laycon during one of Saturday night parties has generated a lot of argument with Erica so pained about it.

Following claims by Laycon that she tried to kiss him severally, Erica vowed never to talk to him again.

According to her, she doesn’t want to be linked to someone she is not attracted to.

Erica had gone on to describe Laycon as her enemy.

But Praise claimed that it actually happened. According to him, “I told her ‘Erica you tried to kiss Laycon’ and she was like, ‘No’ and I said ‘Yes. You tried to Kiss Laycon.’’’

“I saw it happened and said it to her face. They were there. They were both there when I said. I said ‘Erica, you tried to kiss Laycon in the party…. I’m no snitch. I’m a stand-up guy. I say it straight to your face,” he said in one of his media tours.

I have reconciled with Chris Brown, we are now close friends – Rihanna

Naira Marley splashes millions of Naira on a luxury car(video)