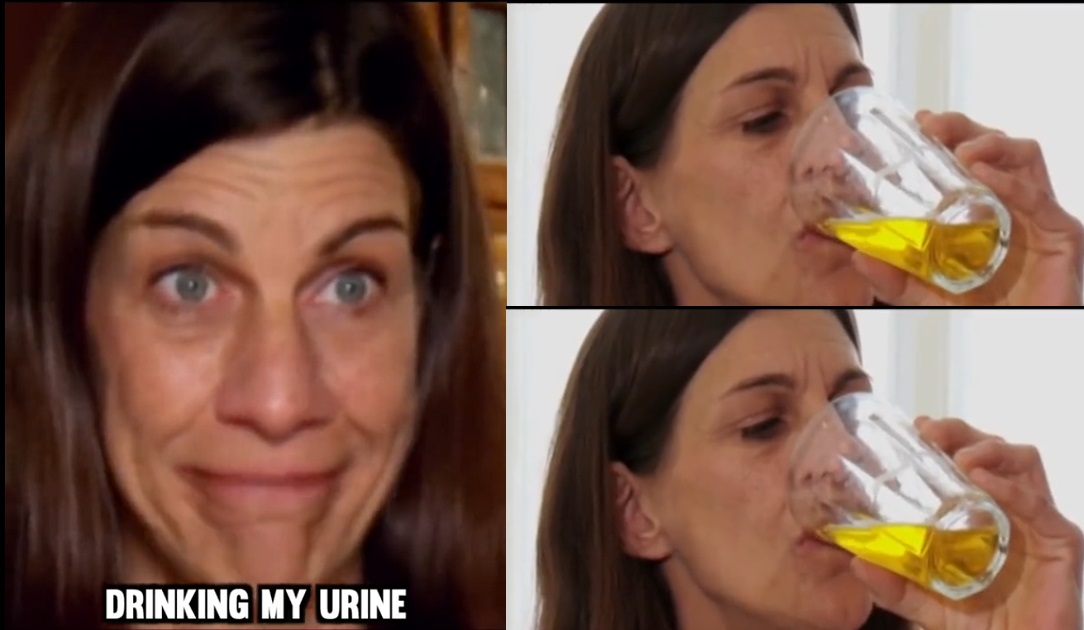 A video that has gone viral shows a 53-year-old lady confessing to being addicted to drinking her own urine.

According to Carrie, she drinks her urine like she’s competing in a beer drinking contest, and it’s simpler for her to drink than water.

It was reported that she began with just one glass in the morning and has since increased to up to five glasses each day. In the last four years, she has practically consumed all of her pee.

Mind-blowing health benefits of drinking a lot of water…

See what the colour of your urine tells you about your…

Carrie also claims that she brushes her teeth with her urine because it whitens them from the inside out.

In other news; On his birthday, the musician and songwriter gathered a few friends and stormed the woman’s store, showering her with wads of cash to express his profound gratitude.

Young lady falls in love with homeless man she accommodated, set to welcome a child