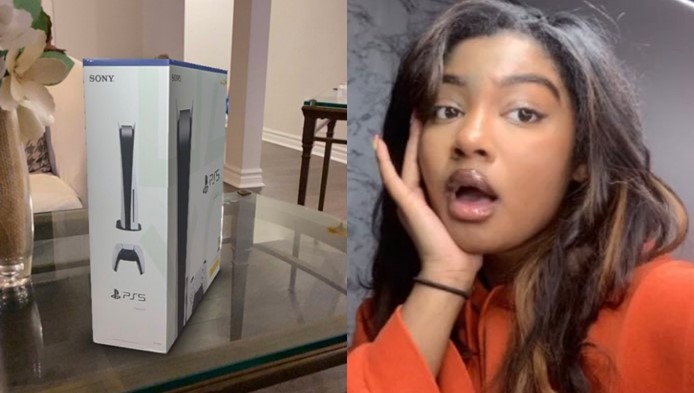 After her partner broke her heart, a young lady stated that she retrieved a video game gift from him.

The sad woman, who goes by the Twitter handle @Chrissssy_Payn, retrieved the PlayStation 5 she had given her boyfriend while they were still dating.

After she picked up the PS5 from the man who allegedly cheated on her, she shared a photo of it inside its box.

She claims she has no intention of selling it and instead intends to retain it until she finds another man to whom she would gift it.

A Twitter user asked; How much are you selling ?

@Chrisssssy_Payn wrote; Not selling, keeping for the next one

Another tweep probed; What if he doesn’t like it 🥺🤔?

In response, she said; I’ll get him the one he will like.

I took it Back pic.twitter.com/81A8d9rwJe