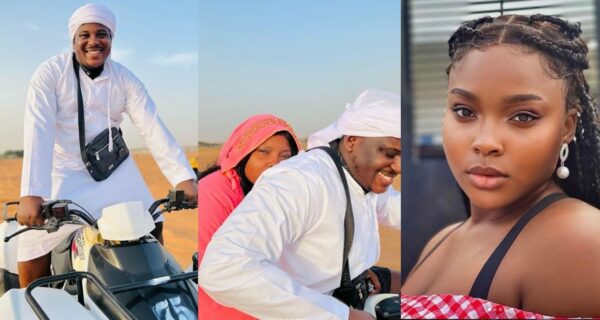 According to controversial IG blogger, Gistlovers, Bae U is in the habit of mercilessly beating his girlfriend, Mummy Wa at any slightest provocation then tenders an apology later.

It was also revealed that the house Bae U claimed to have built is a joint effort of him and Mummy Wa. He brings his ex-girlfriend to the house for coitus and when Mummy Wa complains, he descends on her with reckless abandon.

BBNaija’s Liquorose allegedly broke up with Emmanuel because…

In other news; Yul Edochie, an actor, is currently under fire for involving her daughter in his ongoing marital crisis with his wife, May, after breaking her heart by impregnating another woman and marrying the woman without his wife’s consent.