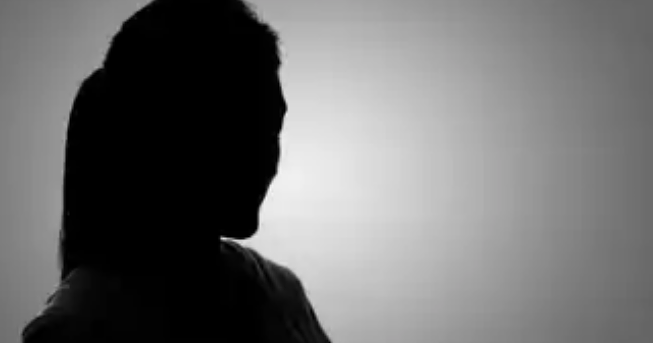 A Nigerian lady has sought advice from netizens on social media after paying a visit to her boyfriend at his apartment.

According to her, she had visited the guy for the first time and complained of hunger. The guy asked her to prepare plantain and chicken, which she did.

“I broke up with him after 8 years” – Girl breaks…

He got furious after he discovered that she had eaten three out of it and also mentioned how foodstuffs are now expensive.

“Started talking to this new guy, he invited me over so I went to his house for the 1st time.
I was hungry and there was no food so he asked me to cook. He said I should make plantain and chicken. When I cut the plants in he came two count it, he said so I don’t take out of it. I thought you was joking till I had three while I was cooking.

He came to count again when I was serving the food and they got very angry that I had three out of it. I apologized and said I can fry one more plantain to make up for it and he went off about his food stuff is now expensive. And insisted he would be from my portion. Is this a red flag?”, she wrote. 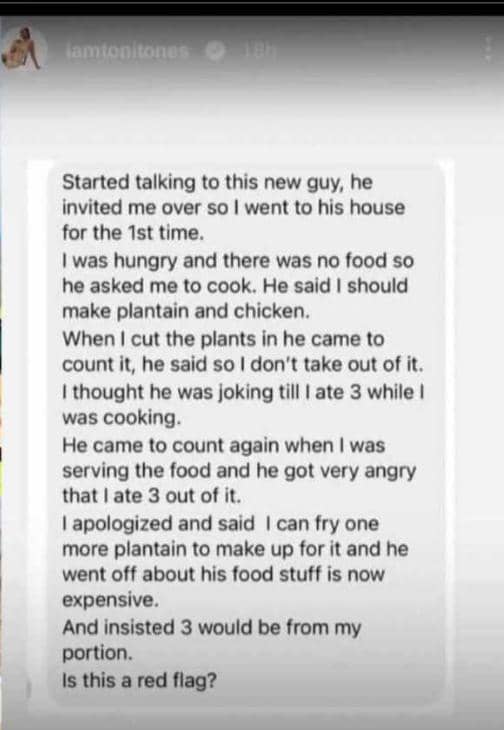 Sammie Okposo: Now they post his pictures but never reached out to him – Apostle Suleman weeps