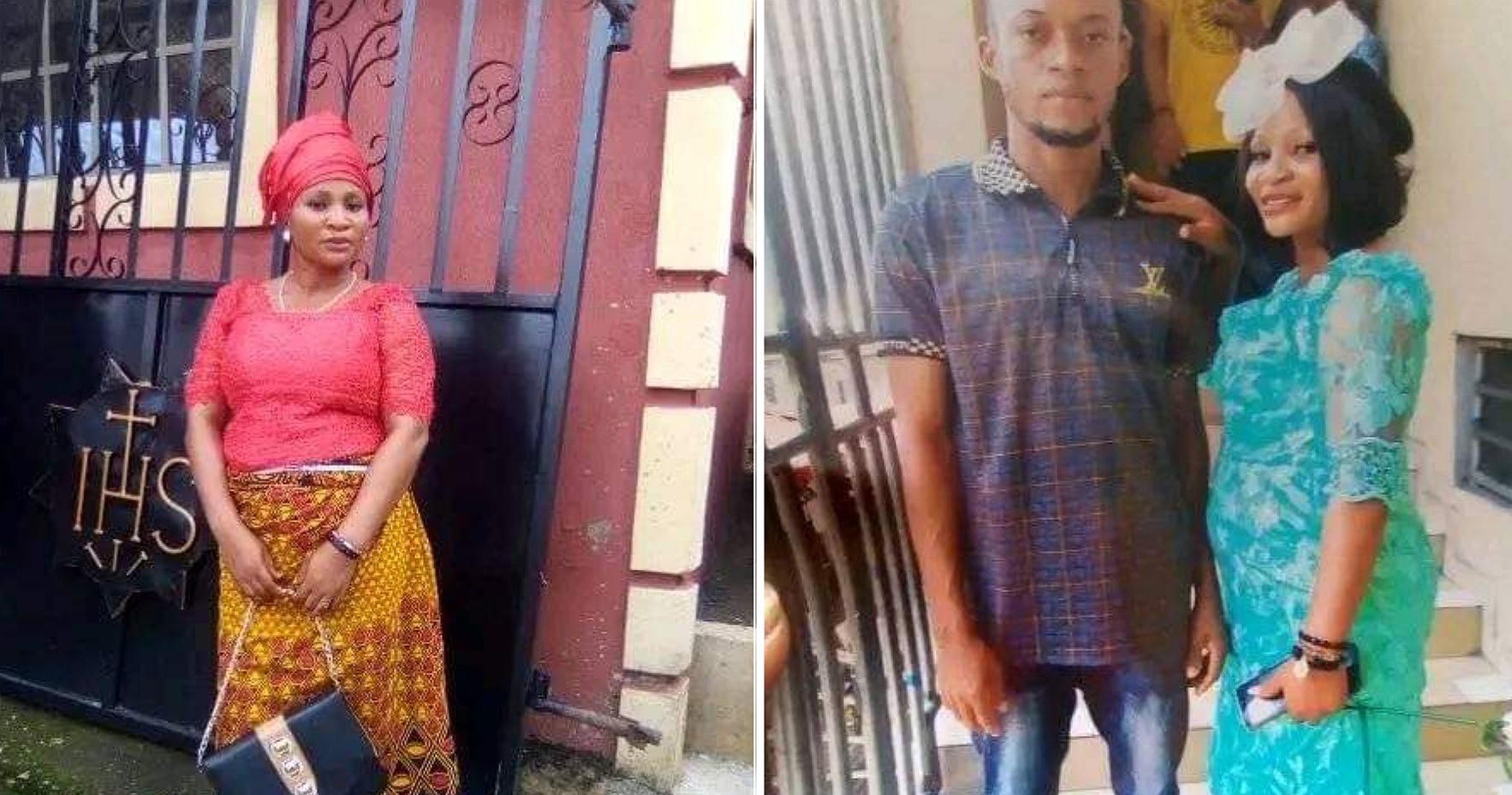 A Nigerian man identified as Chinyere Nkama has taken to Facebook to share his grievances over his brother’s death.

He also shared the circumstances surrounding his death as he revealed that his brother’s wife actually st*bbed him to death.

The incident happened in Rivers State where the woman identified as Perpetual got into a fight with her husband Okoro on Thursday morning and didn’t heed friends attempt to settle the fight until she stabbed him on his stomach.

He was rushed to the hospital but didn’t make it. That was when the Omoku Police department took her in as a culprit.

“Onyekachi WHY! WHY!! WHY!!! IT’S SO UNBEARABLE, SO PAINFUL AND STILL I CAN’T BELIEVE THAT U HAVE THE WICKED MIND TO STABBED MY BROTHER, YOUR HUSBAND, THE PERSON U SO CALL YOUR LOVE, THE SAME COMMUNITY AND ALSO YOUR CLASSMATE TO DEATH.
ONYEKACHI YOU KEPT THE WHOLE COMMUNITY SLEEPLESS NIGHT, ONYEKACHI WHERE IS THE LOVE AGAIN, OZAA ” 13 WHERE IS THE LOVE AGAIN. RIP MY BELOVED BROTHER. RIP MY GENTLE GUY.” 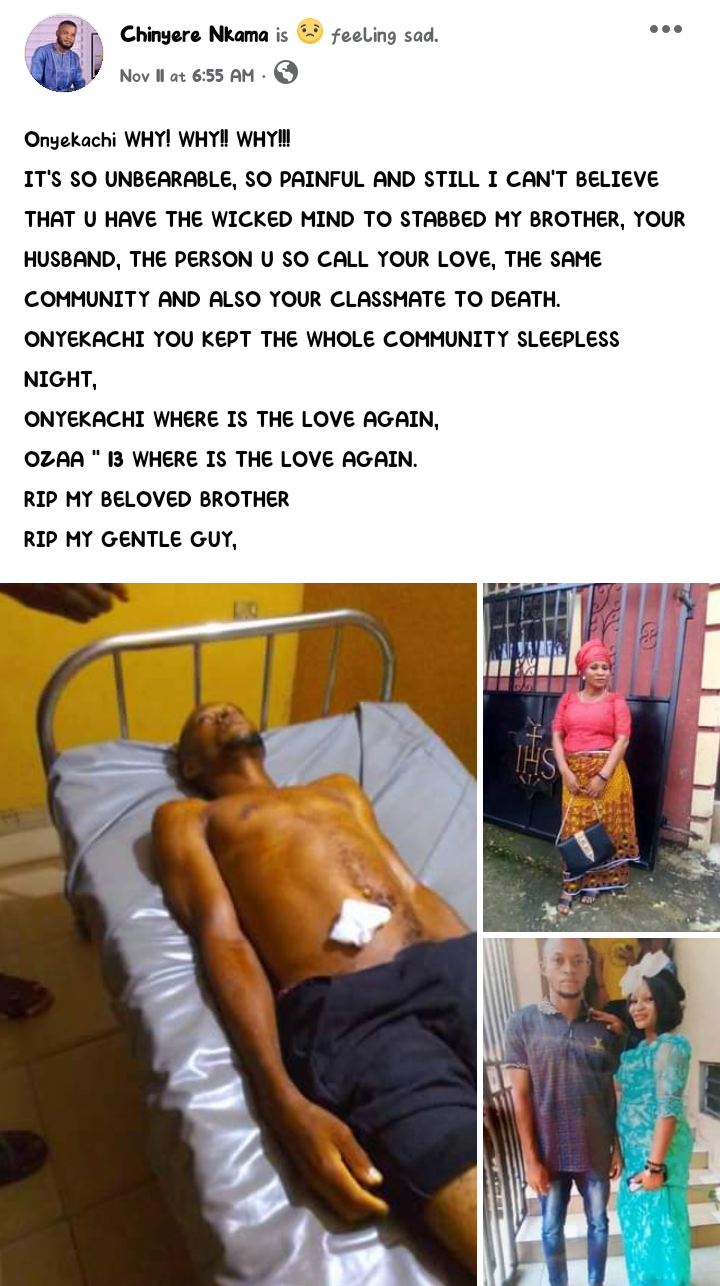