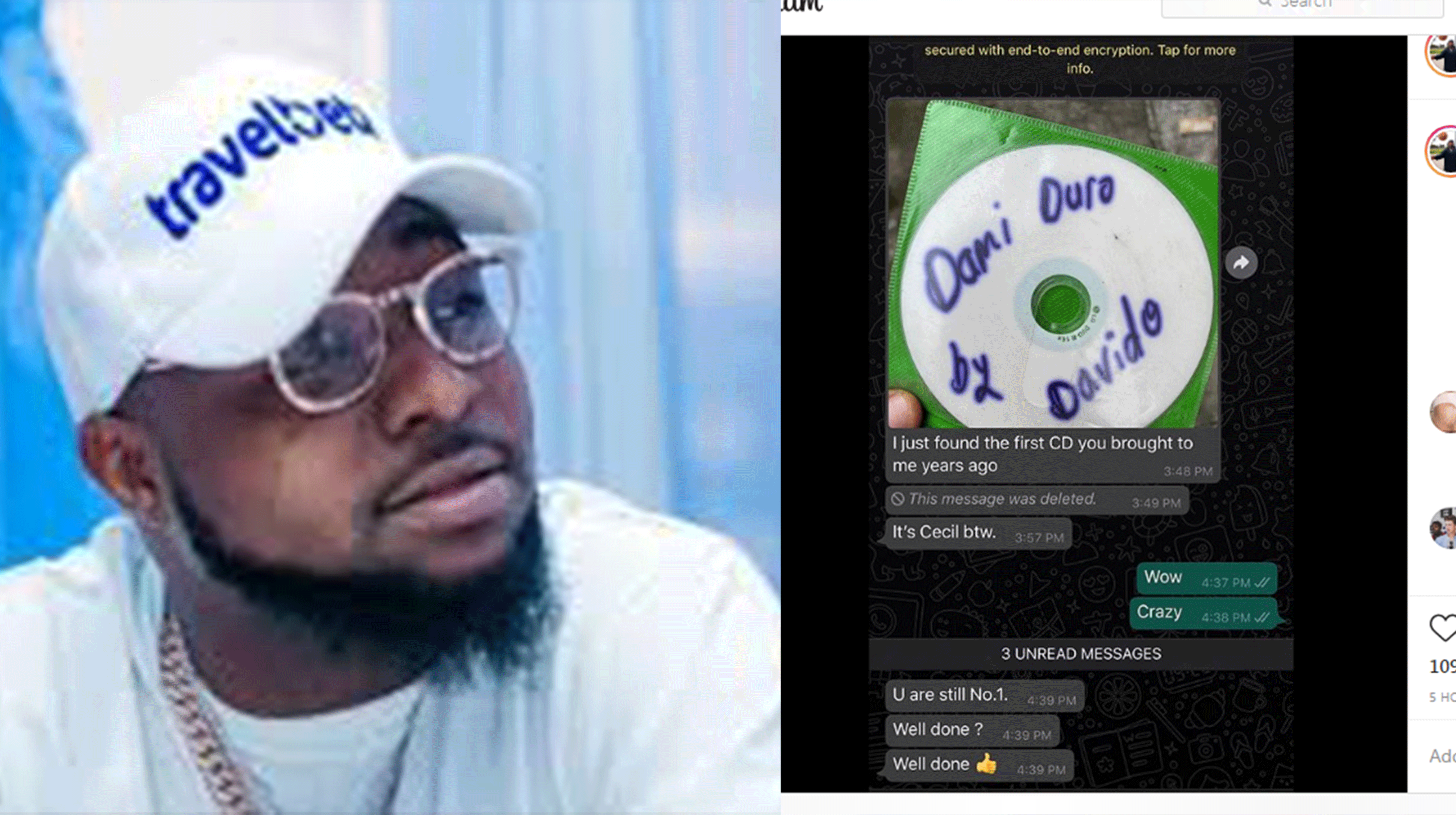 Share
Nigerian Singer ‘Davido’ took to Instagram to share a picture of the old Demo containing his hit track ‘Dami Duro’. “Dami Duro” is a song by Davido. It was released as the second single from his debut studio album, Omo Baba Olowo (2012). It peaked at number 1 on Gold Myne’s list of the top 10 songs of 2012, surpassing Iyanya’s “Kukere”.
Apparently, Cecil Hammond, (President Flytime Group and owner of Flytime Promotions) sent the picture to Davido via Whatsapp. Davido who expectedly was excited, snap chatted his chats with Cecil and posted it on Instagram. 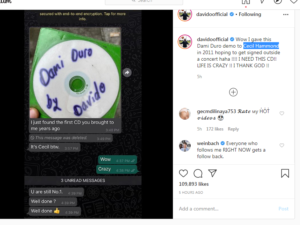 According to Davido, he had given the demo to Cecil in 2011 hoping to get signed! Obviously the CD brought back a lot of memory to the Nigerian singer. In just 9 years, Davido has released far more hit tracks both locally and internationally and has indeed become one of the biggest Singers out of Africa.
READ ALSO

“Davido please tell them I did not beg you” – Airport…

Tapping into their blessing, Davido reacts to Femi Otedola…