#BBNaija: “She has been trying to kiss me” – Laycon says as he tries to stop Kiddwaya from sleeping with Erica 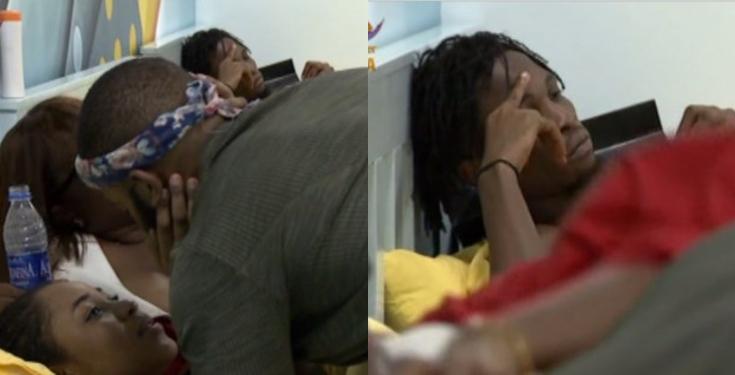 Housemate Erica got drunk and high last night during the big brother Naija party, and it got her all over Laycon in the club.

After the party, a “concerned” Laycon had a conversation with Praise saying he wouldn’t let Erica sleep on Kiddwaya’s bed as he fears they might have sex.

According to him, he wants to stop that from happening because Erica had told him she doesn’t want to have sex in public.

He insinuated that Kiddwaya was drunk too and if they sleep on the same bed, they might have sex. He also said Erica had been trying to kiss him all night but he didn’t want to disrespect her like that.

“I don’t care if she chose me or him, the fact is I care about her, she has been trying to kiss me all night, I am not going to disrespect her like that, I have been stopping her. She is f*cking high. She has been high all night. Now, I am not going to let her go sleep with Kidd when I know he is also f*cking high and is going to do shit with her. She told me herself she doesn’t want to have sex in public. I don’t know what he’s going to do.” Laycon said to Praise.