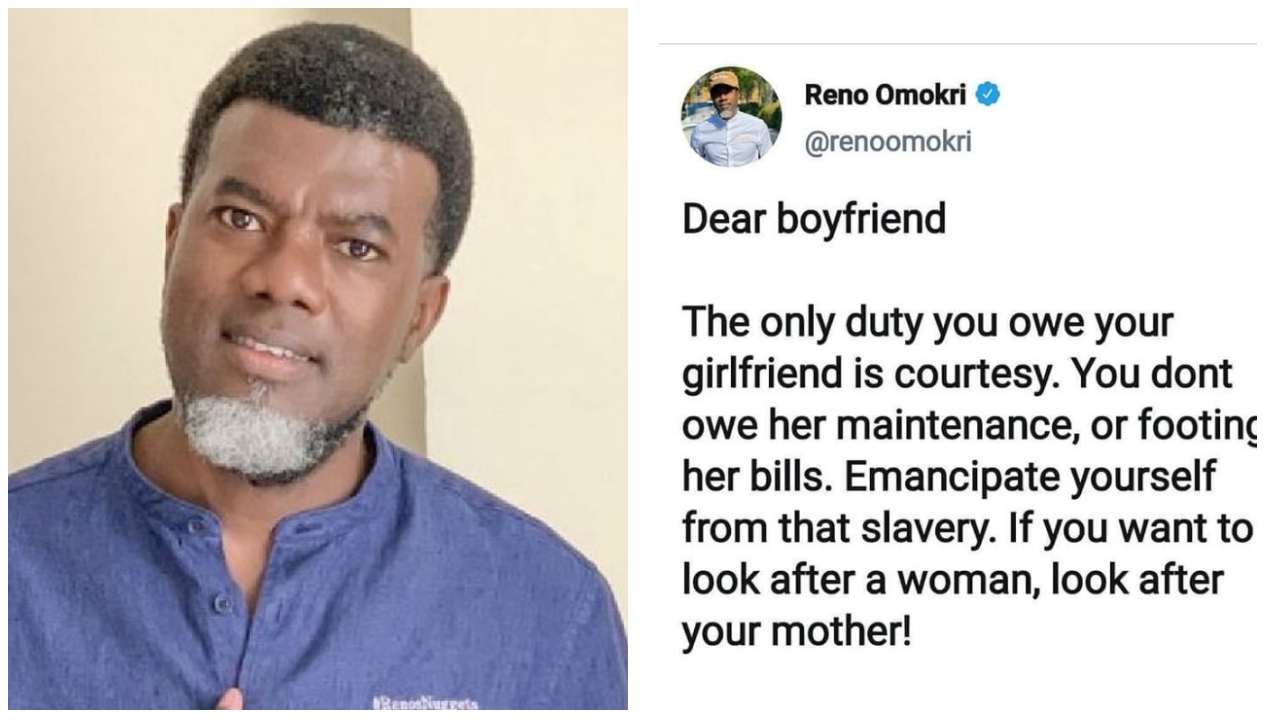 It looks like some of the nuggets being dropped by political critic, Reno Omokri are being applied by some of his followers.

Well, a man recently took to social media to disclosed how he and his girlfriend ended their relationship over Reno Omokri’s tweet.

Reno Omokri in a tweet stressed that the only duty guys owe their girlfriends is courtesy and not footing her bills. He added that if any guy wants to look after a woman it should be his mother.

“Sentenced to life” – Couple says as they celebrate 5th…

See also: The only duty you owe your girlfriend is courtesy, you don’t owe her maintenance – Reno Omokri advices men

The man shared the screenshot of Reni Omokri’s tweet on Whatsapp and it didn’t go down well with his girlfriend.

He wrote, ”after I posted Uncle Reno tweet about boyfriend and girlfriend on my status, I captioned it “I Stan with Reno”.

See what transpired below;

Lady who accused Dbanj of rape arrested by Lagos police